3 Best Infrastructure ETFs to Watch in 2022

According to a 2021 report from the American Society of Civil Engineers (ASCE), there’s a funding gap of some $2.59 trillion over the next decade needed to “maintain a state of good repair.” Everything points to significant investment in infrastructure over the next 10 years.

The investment is overdue. Infrastructure touches every aspect of our daily lives. Airports, roads, rail, bridges, ports, and transit are crucial for transportation. Utilities such as water, power, and gas are essential for daily living. Few modern economies can survive without wastewater, waste treatment, dams, parks, and schools. The latest ASCE report notes that the most significant needs for investment over the next decade are in surface transportation ($2.8 trillion), drinking water/wastewater/stormwater systems ($1 trillion), and schools ($870 million).

Given this backdrop, it’s a good idea to look at getting broad-based exposure to the theme by investing in an exchange-traded fund (ETF). Instead of picking winners within the sector,  ETFs give you exposure to a specific industry, theme, or geography. The three leading infrastructure ETFs by assets under management are:

Let’s take a more detailed look at each one.

The Global X U.S. Infrastructure Development ETF is different from others in that it only invests in U.S. companies. Its focus is on investing in businesses that will benefit from an increase in U.S. infrastructure spending. In a nutshell, Global X stands to gain the most from infrastructure investment.

The ETF’s focus also gives its management a lot of latitude to invest in a broader range of companies than the others, which are weighted toward utilities, transportation, and energy. By contrast, the Global X ETF has a relatively higher mix of industrial-focused businesses, with electrical products (11.6% of assets), industrial machinery (9.6%), and steel (9.2%) as three of its four biggest industries. Its relatively loose remit means it holds about 100 equities, so you can think of it as an ETF tracking the U.S. infrastructure and industrial sectors.

Its top five equity holdings include:

The ETF’s holdings are relatively diversified, its positions are small, and it holds many industrial stalwarts. For example, automation and climate control company Emerson Electric (NYSE:EMR), electrical products company Eaton Corporation (NYSE:ETN), and automation and motion control companies Rockwell Automation (NYSE:ROK) and Parker Hannifin (NYSE:PH) all have a 2% to 3% weighting within the ETF. There’s even a place for industrial technology stock Trimble (NASDAQ:TRMB) in the ETF, with an almost 2% weighting. 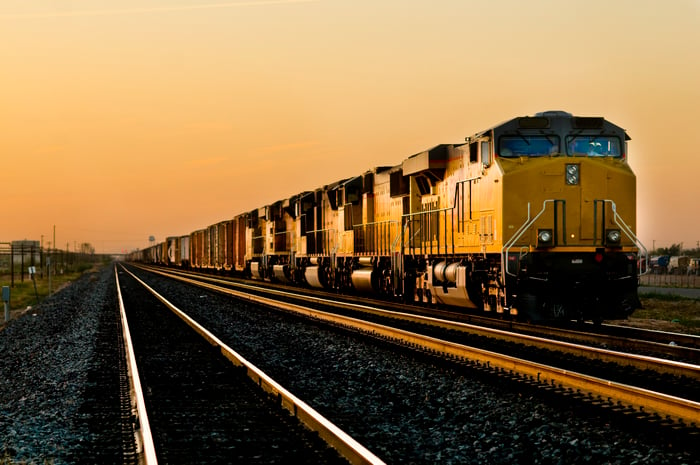 The ETF has an expense ratio of 0.47%, which is in line with its peers. However, its wider exposure to equities in the industrial sector means relatively more minor exposure to traditionally dividend-heavy industries such as utilities and railroads. Consequently, the ETF’s yield stands at just 0.4%.

You can consider the fund as a low-yielding ETF with heavy exposure to U.S. infrastructure spending that will outperform or underperform its peers, depending on the general performance of the U.S. industrial sector.

What is clear is that the ETF is global in scale. Only 39% of its 75 holdings are in the U.S. and 12% in Canada; the rest are outside North America. A quick look at its largest holdings demonstrates its international flavor:

The ETF’s expense ratio of 0.43% is slightly less than the other two ETFs discussed here, and its exposure to traditionally high-yielding core infrastructure companies helps give it a dividend yield of 2.7%, the highest of the three. 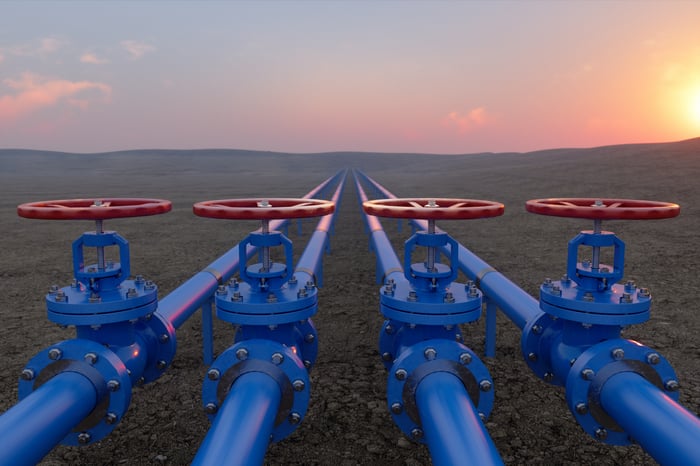 The overarching theme of the ETF is to give investors exposure to the megatrend of urbanization and the need to build supporting infrastructure. Consequently, airports, ports, energy, and utilities (electric, water, gas, and renewable energy) are vital investments for the ETF.

You can think of the iShares ETF as a play on global infrastructure spending. Although it may not have the same exposure to the U.S. industrial sector as the Global X ETF, it’s more of a pure-play infrastructure ETF.

The FlexShares STOXX Global Broad Infrastructure Index Fund is closer to the iShares ETF than the Global X ETF. It’s a global ETF with about 40% of its holdings in the U.S., 16% in Canada, and the rest outside North America. Although its geographic exposure is similar to the iShares ETF, one key difference is the heavy exposure to communication stocks in its holdings.

Energy stocks make up around 30% of the ETF holdings, with communication stocks at a similar level. Transportation (23%) and utilities (8.1%) comprise the other two major sectors. These industry exposures are reflected in the ETFs top holdings:

The 0.47% expense ratio of the fund is slightly more than the iShares ETF, and its dividend yield of 2.2% is lower than that of its peer. Another difference with the two other funds comes from the number of holdings in the FlexShares ETF. The fund has about 240 holdings, which gives it strongly correlated exposure to its chosen end markets.

Learn to formulate trading strategies for trading in Futures and Options. How to manage trading risk and protect losses.